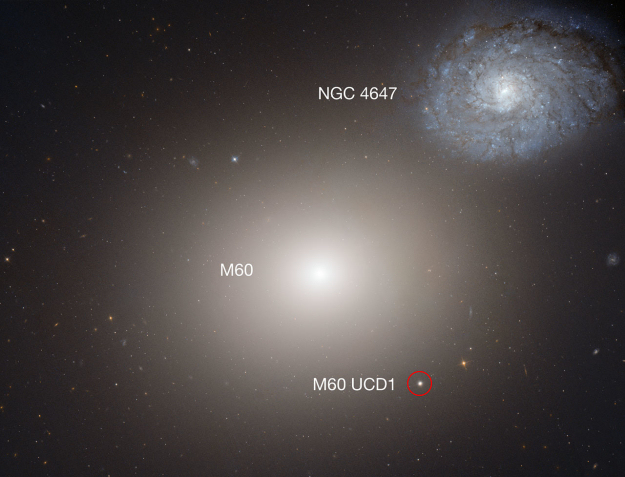 This image shows Arp 116, which is composed of a giant elliptical galaxy known as Messier 60, and a much smaller spiral galaxy, NGC 4647. Also included in the image is an annotated pointer to their even smaller neighbour M60-UCD1.

An international team of astronomers have found a supermassive black hole at the centre of M60-UCD1 with the mass of 20 million Suns.

The original version of this image can be found here.