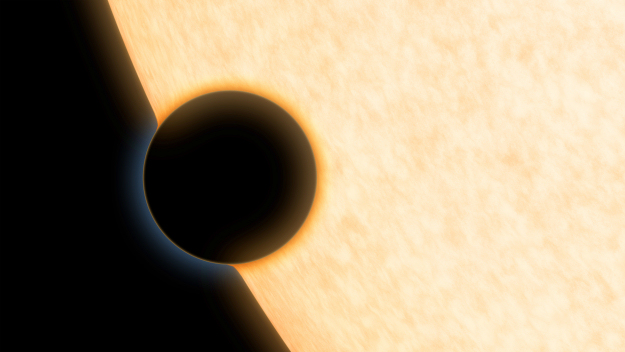 This is an artist's concept of the silhouette of the extrasolar planet HAT-P-11b as it passes its parent star. The planet was observed as it crossed in front of its star in order to learn more about its atmosphere.

In this method, known as transmission or absorption spectroscopy, starlight filters through the rim of the planet's atmosphere and into the telescope. If molecules like water vapour are present, they absorb some of the starlight, leaving distinct signatures in the light that reaches our telescopes. Using this technique, astronomers discovered clear skies and steamy water vapour on the planet.