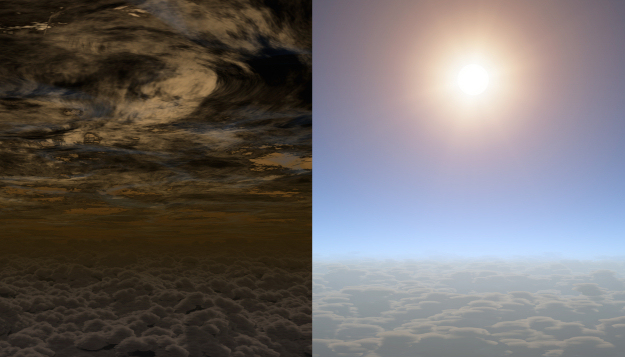 This artist's concept shows what the sky may look like on other planets. On the left is a planet with an atmosphere of thick clouds and on the right a planet with clear skies.

The clear sky on the right may well resemble the skies of planet HAT-P-11b. This planet, a Neptune-sized body orbiting a distant star, has recently been studied and found to have clear skies. This is very useful as clouds in the atmospheres of planets can block the view to underlying molecules that reveal information about a planet's composition and history.