Ground-based image of the area around HAT-P-11

Ground-based image of the area around HAT-P-11 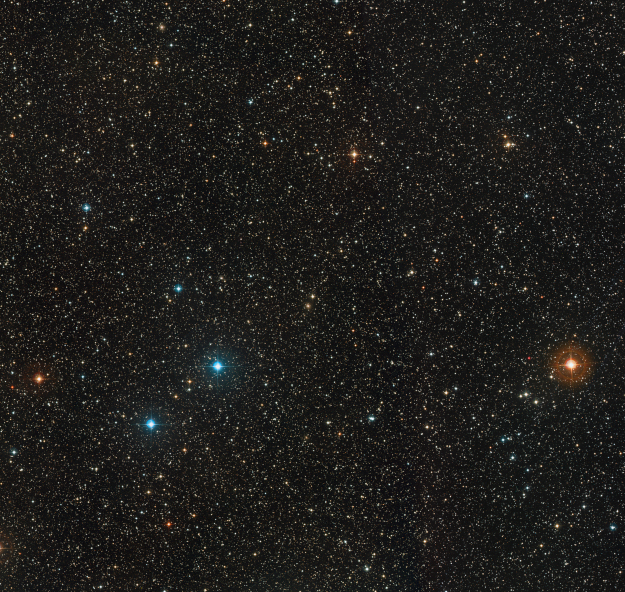 This image, taken with ground-based telescopes, shows the region of sky containing the star HAT-P-11.

Not visible here is a Neptune-sized planet named HAT-P-11b, which orbits the star. Astronomers have discovered clear skies and steamy water vapour on the planet. It is the smallest planet ever for which water vapour has been detected.