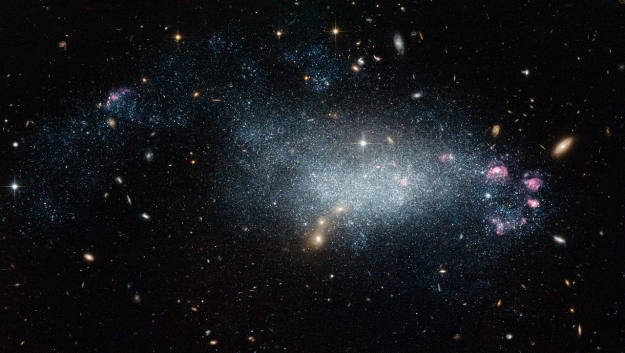 This ragged collection of stars and gas clouds looks at first glance like a recently-formed galaxy in our own cosmic neighbourhood. But, is it really as young as it looks?