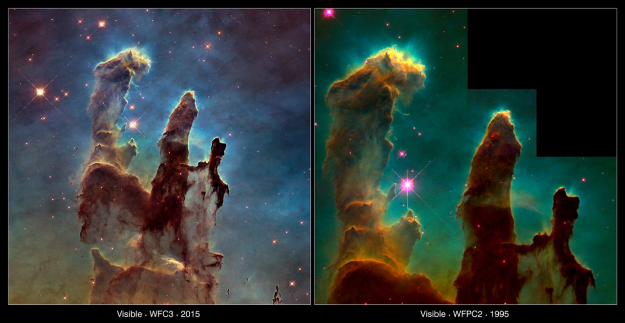 The new image, on the left, captures almost exactly the same region as in the 1995, on the right. However, the newer image uses Hubble's Wide Field Camera 3, installed in 2009, to capture light from glowing oxygen, hydrogen, and sulphur with greater clarity.

Having both images allows astronomers to study how the structure of the pillars is changing over time.