ESA Science & Technology - Three moons and their shadows parade across Jupiter - Comparison of beginning and end of sequence, including annotations 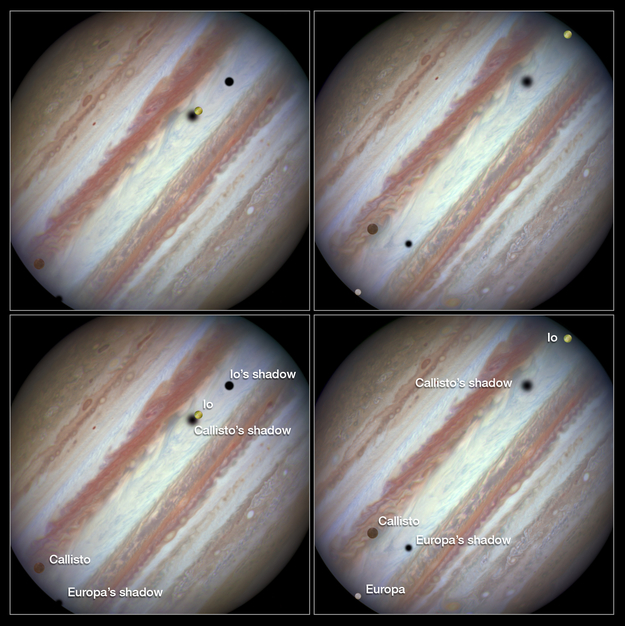