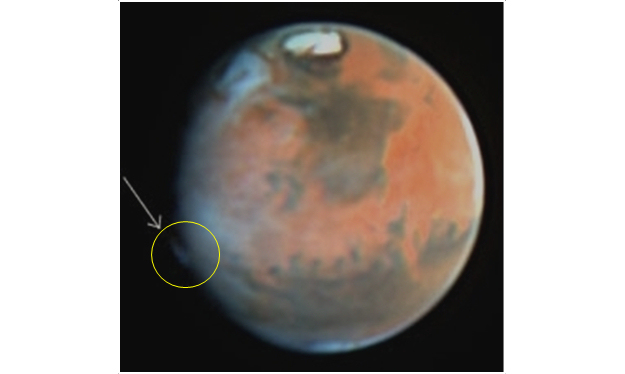 A curious plume-like feature was observed on Mars on 17 May 1997 by the Hubble Space Telescope. It is similar to the features detected by amateur astronomers in 2012, although appeared in a different location.

The Hubble image is extracted from this publicly available image.