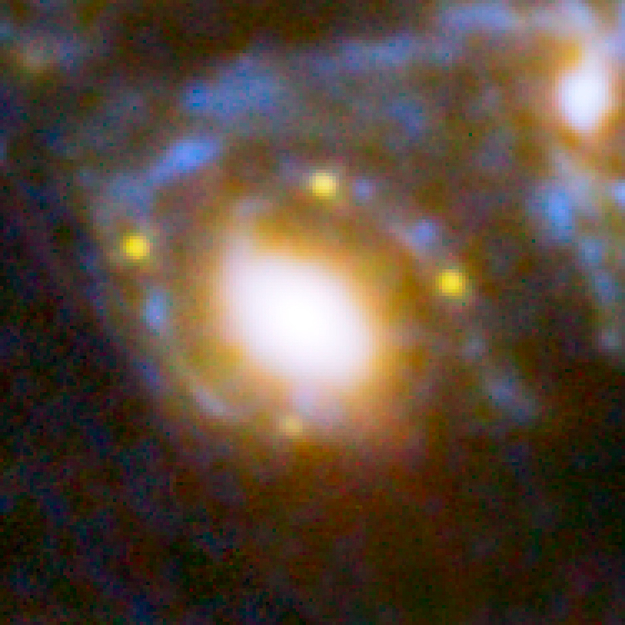 This image shows four different images of the same supernova whose light has been distorted and magnified by the huge galaxy cluster MACS J1149+2223 in front of it.

The huge mass of the cluster and one of the galaxies within it is bending the light from a supernova behind them and creating four separate images of the supernova. The light has been magnified and distorted due to gravitational lensing and as a result the images are arranged around the elliptical galaxy in a formation known as an Einstein cross.