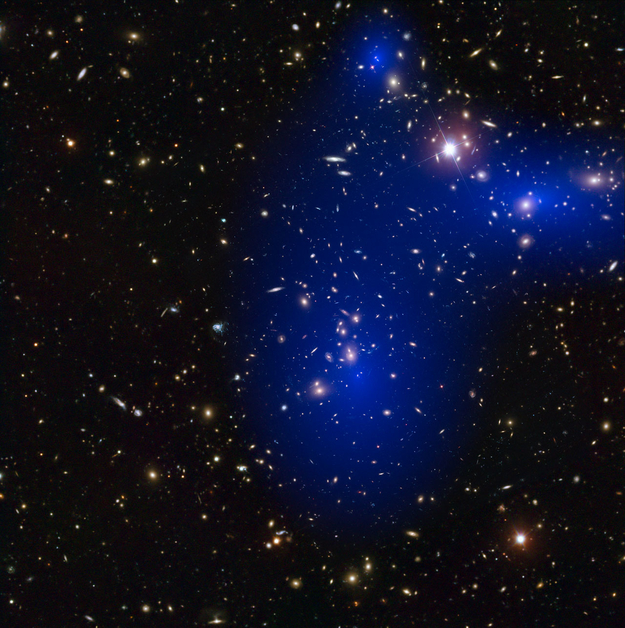 This is a NASA/ESA Hubble Space Telescope image of the galaxy cluster Abell 2744. Shown in blue on the image is a map of the dark matter found within the cluster. This cluster was part of a study of 72 galaxy cluster collisions which determined that dark matter interacts with other dark matter even less than previously thought.

Dark matter even darker than once thought [heic1506]