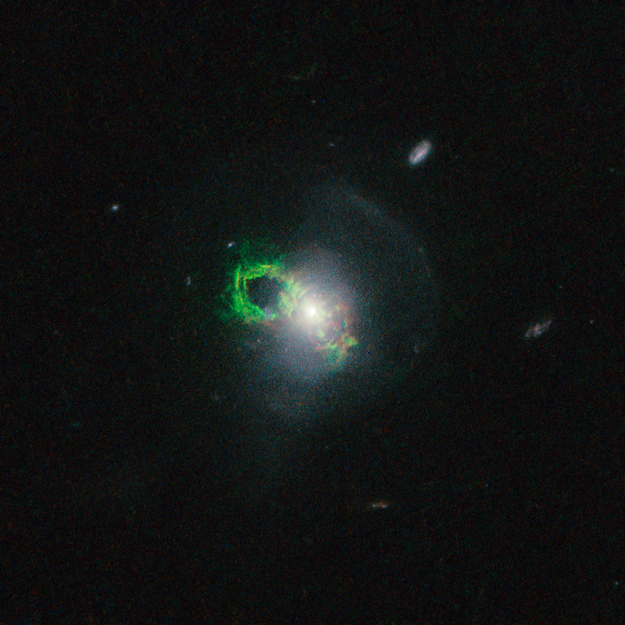 This new NASA/ESA Hubble Space Telescope image shows ghostly green filaments, lying within the galaxy Teacup (also known as 2MASX J14302986+1339117). This filament was illuminated by a blast of radiation from a quasar – a very luminous and compact region that surrounds the supermassive black hole at the centre of its host galaxy.

Its bright green hue is a result of ionised oxygen, which glows brightly at green wavelengths.