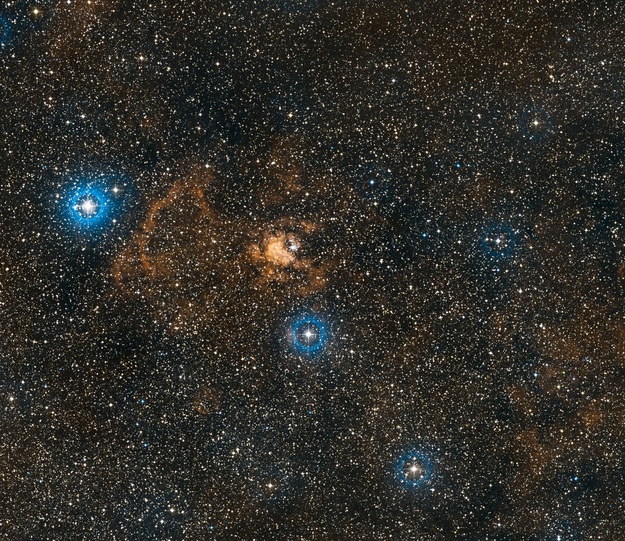 This image from the Digitized Sky Survey shows star cluster Westerlund 2 and its surroundings. A new image of Westerlund 2 was released to celebrate the 25th anniversary of the NASA/ESA Hubble Space Telescope.