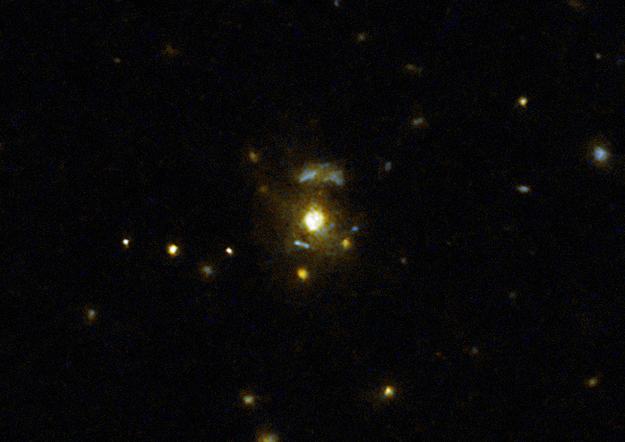 This image taken with the NASA/ESA Hubble Space Telescope shows the galaxy 3C 297, which was part of a large survey of galaxies.