Artist's impression of Gliese 436b

Artist's impression of Gliese 436b 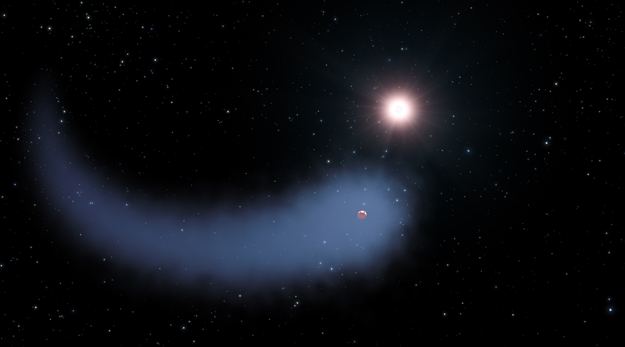 This artist's concept shows the enormous comet-like cloud of hydrogen bleeding off of the warm, Neptune-sized planet Gliese 436b just 30 light-years from Earth. Also depicted is the parent star, which is a faint red dwarf named Gliese 436. The hydrogen is evaporating from the planet due to extreme radiation from the star. A phenomenon this large has never before been seen around any exoplanet.