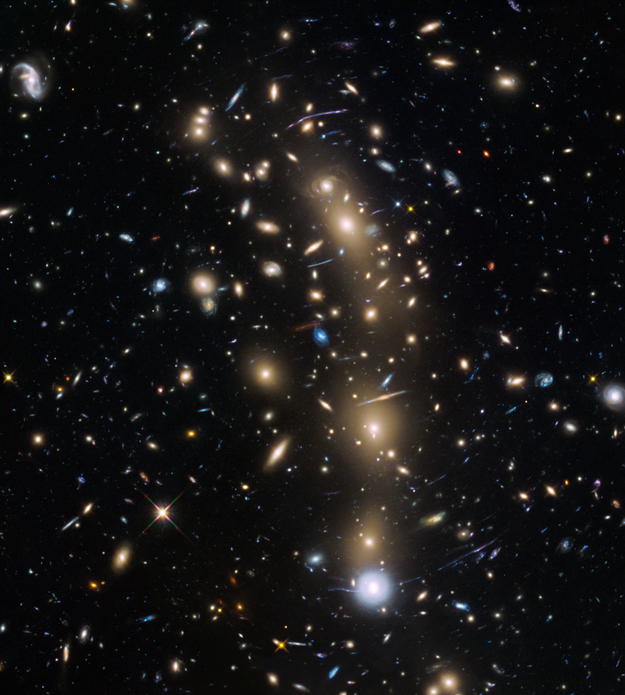 This image from the NASA/ESA Hubble Space Telescope shows the galaxy cluster MACS J0416.1-2403. This is one of six being studied by the Hubble Frontier Fields programme, which together have produced the deepest images of gravitational lensing ever made.

Due to the huge mass of the cluster it is bending the light of background objects, acting as a magnifying lens. Astronomers used this and two other clusters to find galaxies which existed only 600 to 900 million years after the Big Bang.