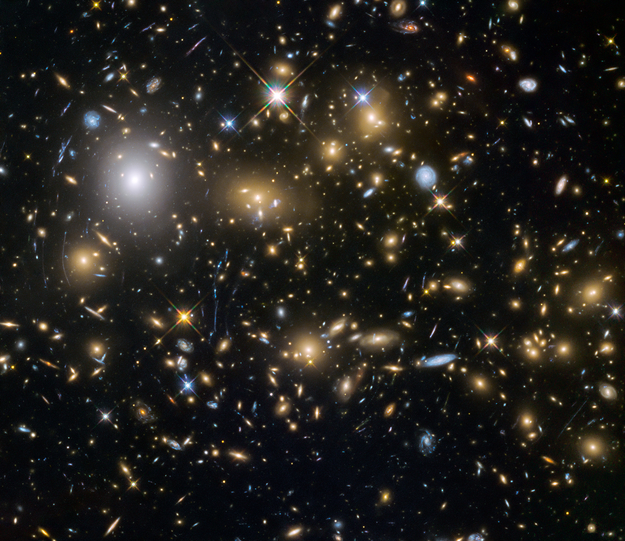 This image from the NASA/ESA Hubble Space Telescope shows the galaxy cluster MACSJ0717.5+3745. This is one of six being studied by the Hubble Frontier Fields programme, which together have produced the deepest images of gravitational lensing ever made.