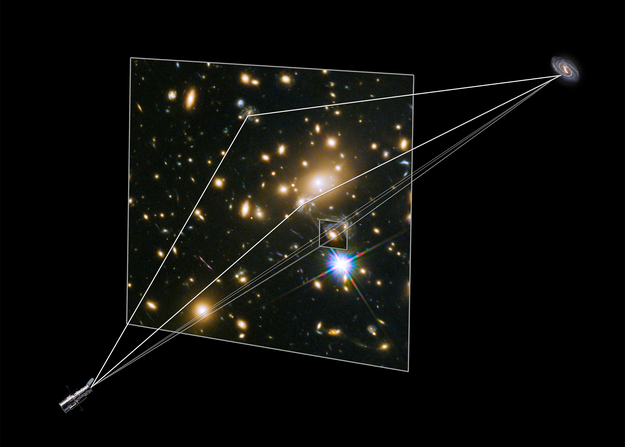 This illustration shows how the different images of the Refsdal supernova were created by the huge galaxy cluster MACS J1149.5+2223 in front of it. The light of the Supernova has been magnified and distorted due to gravitational lensing. This effect made the supernova and its host galaxy visible at three different locations.

One of these images was again lensed by an elliptical galaxy within the galaxy cluster, which led to the creation of a formation known as an Einstein cross. This was observed in late 2014.