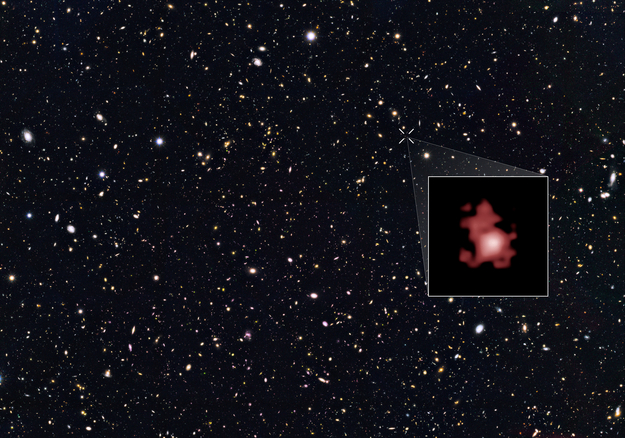 The remote galaxy GN-z11, shown in the inset, existed only 400 million years after the Big Bang, when the Universe was only 3 percent of its current age. It belongs to the first generation of galaxies in the Universe and its discovery provides new insights into the very early Universe. This is the first time that the distance of an object so far away has been measured from its spectrum, which makes the measurement extremely reliable.

GN-z11 is actually ablaze with bright, young, blue stars but these look red in this image because its light was stretched to longer, redder, wavelengths by the expansion of the Universe.