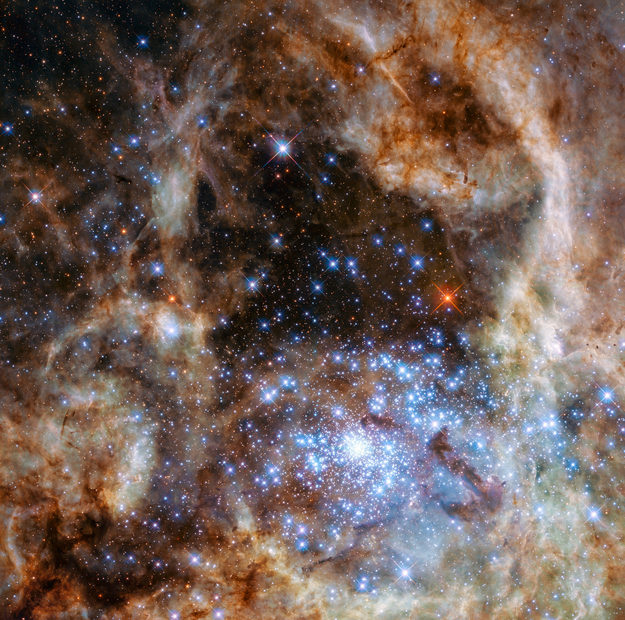 The image shows the central region of the Tarantula Nebula in the Large Magellanic Cloud. The young and dense star cluster R136 can be seen at the lower right of the image. This cluster contains hundreds of young blue stars, among them the most massive star detected in the Universe so far.

Using the NASA/ESA Hubble Space Telescope astronomers were able to study the central and most dense region of this cluster in detail. Here they found nine stars with more than 100 solar masses.