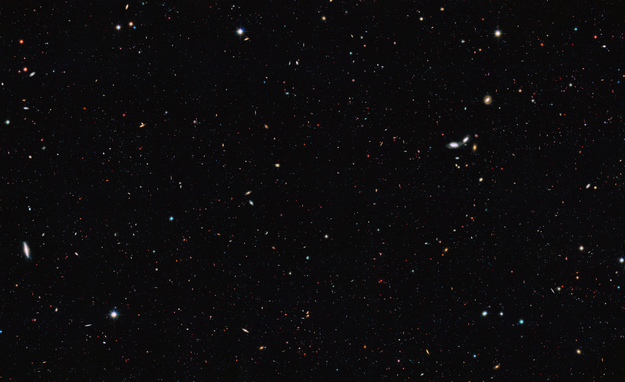 Among other data, scientists used the galaxies visible in the Great Observatories Origins Deep Survey (GOODS) to recalculate the total number of galaxies in the observable Universe.

The image was taken by the NASA/ESA Hubble Space Telescope and covers a portion of the southern field of GOODS. This is a large galaxy census, a deep-sky study by several observatories to trace the formation and evolution of galaxies.