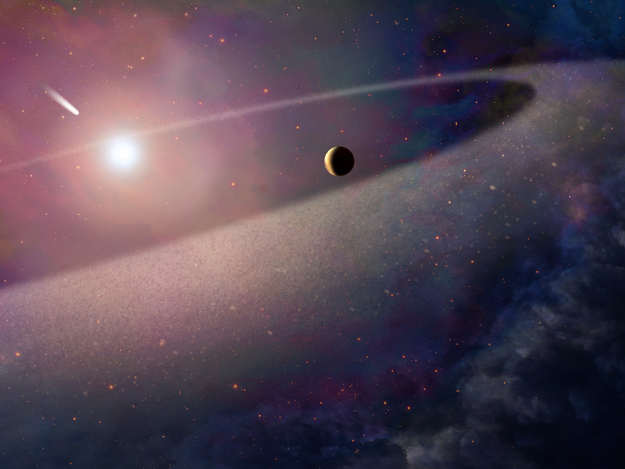 This artist's impression shows a massive, comet-like object falling towards a white dwarf. New observations with the NASA/ESA Hubble Space Telescope show evidence for a belt of comet-like bodies orbiting the white dwarf, similar to the Kuiper Belt in our own Solar System. The findings also suggest the presence of one or more unseen surviving planets around the white dwarf which may have perturbed the belt sufficiently to hurl icy objects into the burned-out star.