Composite image of supernova 1987A

Composite image of supernova 1987A 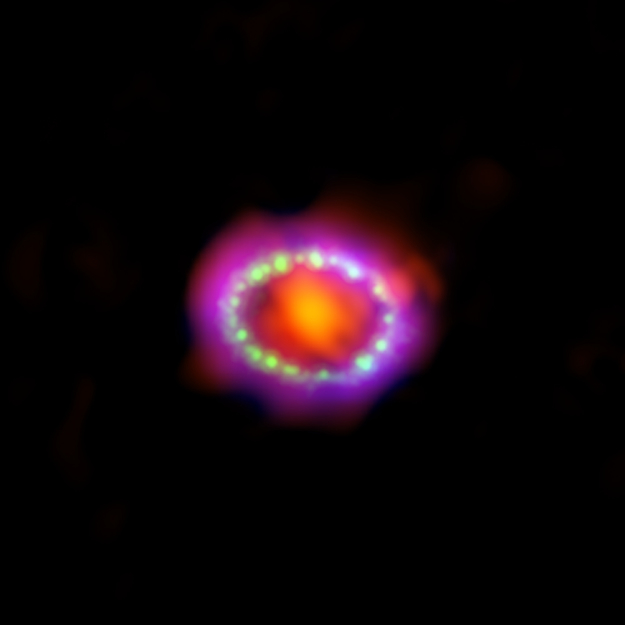 Astronomers combined observations from three different observatories to produce this multiwavelength image of the remnants of SN 1987A.

The red colour shows newly formed dust in the centre of the supernova remnant, taken at submillimeter wavelengths by the Atacama Large Millimeter/submillimeter Array (ALMA) telescope in Chile. The green represents the glow of visible light, captured by the NASA/ESA Hubble Space Telescope. The blue colour reveals the hottest gas and is based on data from NASA's Chandra X-Ray observatory. The green and blue hues reveal where the expanding shock wave from the explosion is colliding with a ring of material around the supernova.

This ring was initially illuminated by the ultraviolet flash from the explosion, but over the past few years the ring material has brightened considerably as it collides with the expanding shock wave.