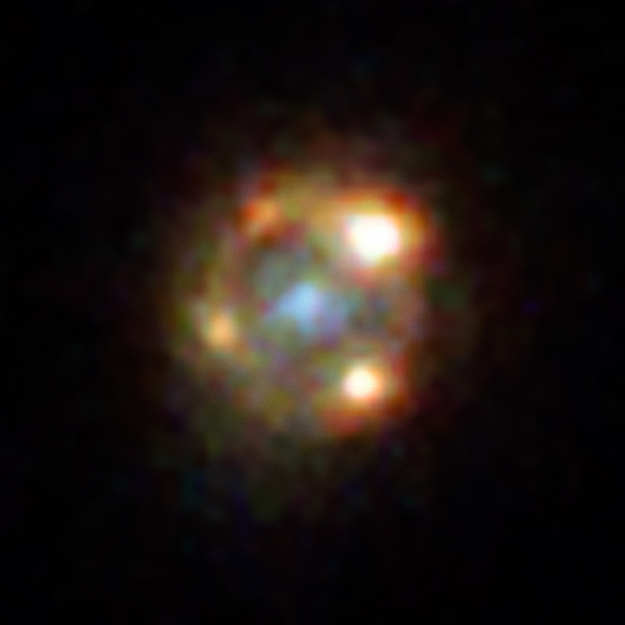 The supernova iPTF16geu exploded at a distance corresponding to a time 4.3 billion years ago. It could only be detected because a foreground galaxy lensed the light of the explosion, making it 50 times brighter for observers on Earth. It also caused the supernova to appear in four distinct places on the sky, surrounding the lensing galaxy in the foreground.