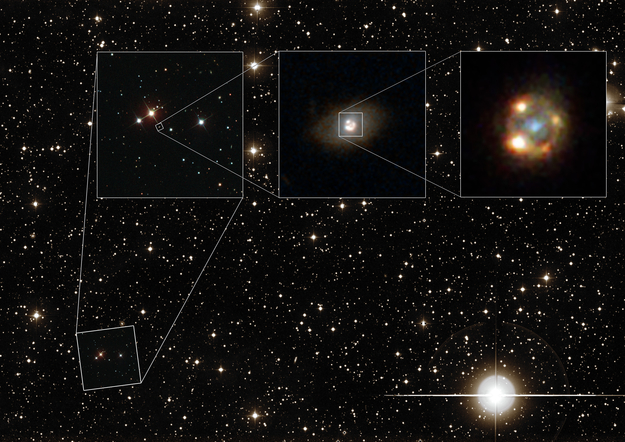 This composite image shows the gravitationally lensed type Ia supernova iPTF16geu, as seen with different telescopes. The background image shows a wide-field view of the night sky as seen with the Palomar Observatory located on Palomar Mountain, California. The leftmost image shows observations made with the Sloan Digital Sky Survey (SDSS). The central image was taken by the NASA/ESA Hubble Space Telescope and shows the lensing galaxy SDSS J210415.89-062024.7. The rightmost image was also taken with Hubble and depicts the four lensed images of the supernova explosion, surrounding the lensing galaxy.