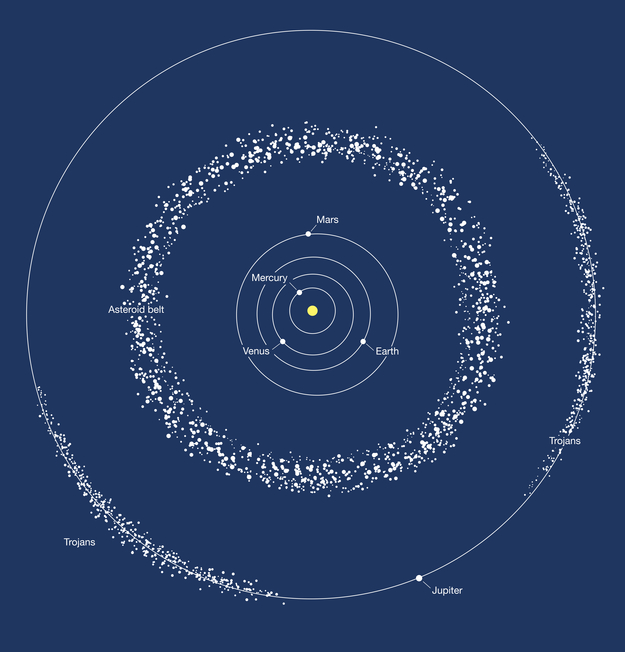 This image depicts the two areas where most of the asteroids in the Solar System are found: the asteroid belt between Mars and Jupiter, and the Trojans, two groups of asteroids moving ahead of and following Jupiter in its orbit around the Sun.

The binary asteroid 288P is part of the asteroid belt.