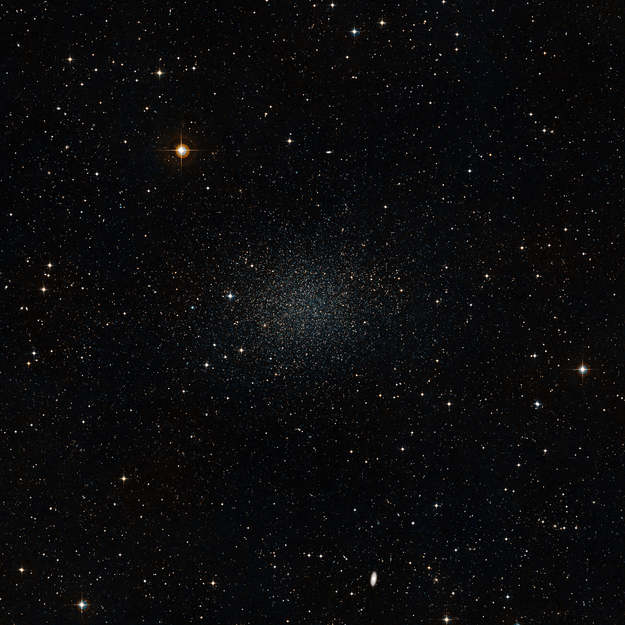 The Sculptor Dwarf Galaxy is one of the Milky Way's neighbouring dwarf galaxies. Like all large galaxies, the Milky Way is thought to have formed from smaller galaxies in the early Universe. This image is composed from data from the Digitized Sky Survey 2.