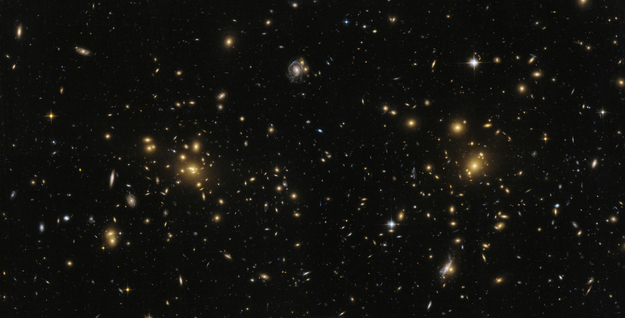 This image from the NASA/ESA Hubble Space Telescope shows the northern part of the galaxy cluster Abell 1758, A1758N. The cluster is approximately 3.2 billion light-years from Earth and is part of a larger structure containing two cluster sitting some 2.4 million light-years apart.

But A1758N itself is further split into two sub-sections, known as East (A1758NE) and West (A1758NW). There appear to be disturbances within both of these sub-sections – strong evidence that they are the result of smaller clusters colliding and merging.