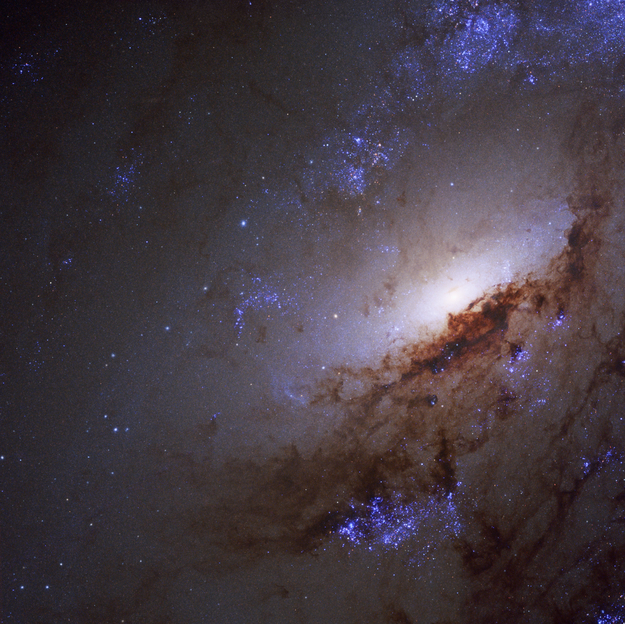 Messier 106, also known as NGC 4258, is a relatively nearby spiral galaxy, a little over 20 million light-years away. This makes it one of the nearest spiral galaxies.

An image of this galaxy was already released back in 2013 (heic1302). This newly-processed image now also shows ultraviolet radiation Hubble captured from the galaxy.