Two methods of measuring the mass of a galaxy

Two methods of measuring the mass of a galaxy 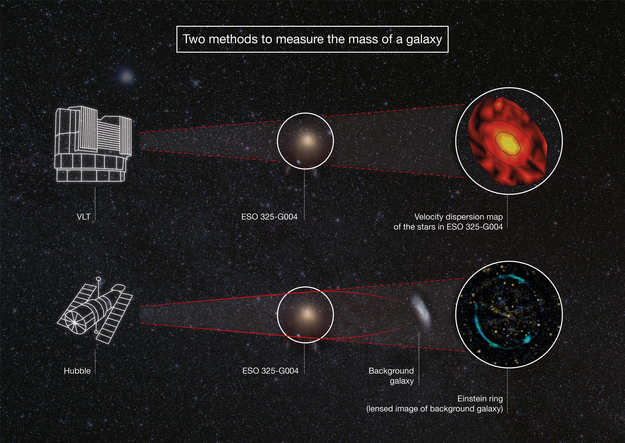 This infographic compares the two methods used to measure the mass of the galaxy ESO 325-G004. The first method used ESO's Very Large Telescope to measure the velocities of stars in ESO 325-G004. The second method used the NASA/ESA Hubble Space Telescope to observe an Einstein ring caused by light from a background galaxy being bent and distorted by ESO 325-G004. By comparing these two methods of measuring the strength of the gravity of ESO 325-G004, it was determined that Einstein's general theory of relativity works on extragalactic scales – something that had not been previously tested.