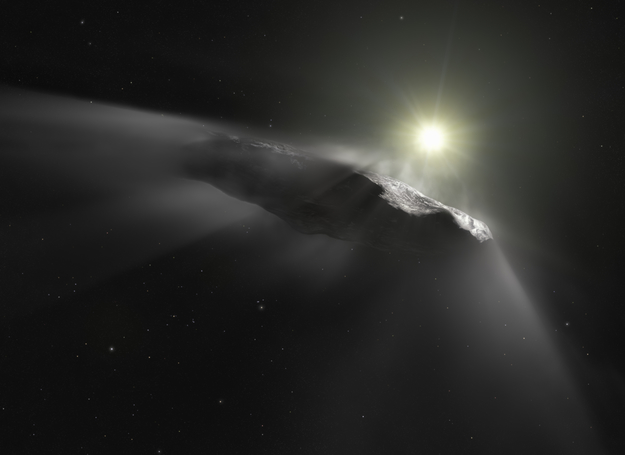 This artist's impression shows the first interstellar object discovered in the Solar System, 'Oumuamua. Observations made with the NASA/ESA Hubble Space Telescope and others show that the object is moving faster than predicted while leaving the Solar System.

Researchers assume that venting material from its surface due to solar heating is responsible for this behaviour. This outgassing can be seen in this artist's impression as a subtle cloud being ejected from the side of the object facing the Sun.

As outgassing is a behaviour typical for comets, the team thinks that 'Oumuamua's previous classification as an interstellar asteroid has to be corrected.