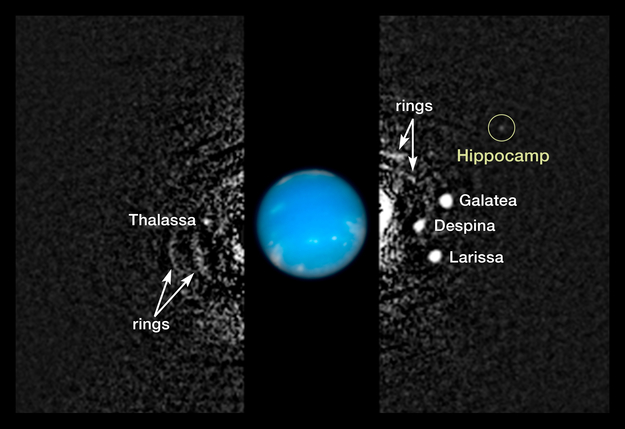 The moon is only about 34 kilometres in diameter and dim, and was therefore missed by NASA's Voyager 2 spacecraft cameras when the probe flew by Neptune in 1989. Several other moons that were discovered by Voyager appear in this 2009 image, along with a circumplanetary structure known as ring arcs.

Mark Showalter of the SETI Institute discovered Hippocamp in July 2013 when analysing over 150 archival images of Neptune taken by Hubble from 2004 to 2009.

The black-and-white image was taken in 2009 with Hubble's Wide Field Camera 3 in visible light. Hubble took the colour inset of Neptune on August 19, 2009.