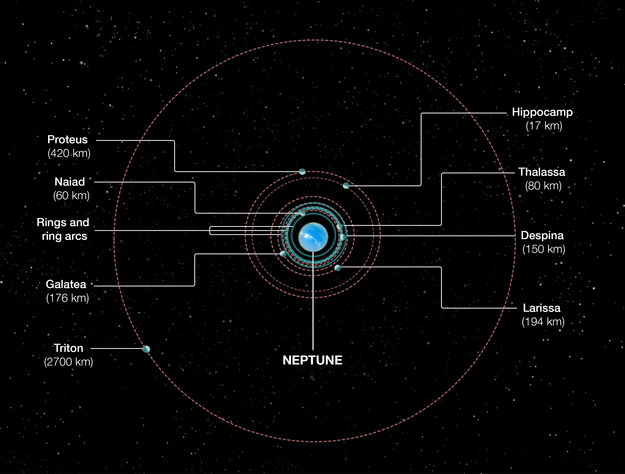 This diagram shows the orbital positions of Neptune's inner moons, which range in size from 17 to 420 kilometres in diameter. The outer moon Triton was captured from the Kuiper belt many billions of years ago.

This tore apart Neptune's original satellite system. After Triton settled into a circular orbit the debris from shattered moons re-coalesced into the second generation of inner satellites seen today.

However, comet bombardment continued, leading to the birth of Hippocamp, which is a broken-off piece of Proteus. Therefore, Hippocamp is considered to be a third-generation satellite.

Neither the size of the moons and Neptune, nor the orbits are to scale.