Comet 2I/Borisov at Perihelion in December 2019

Comet 2I/Borisov at Perihelion in December 2019 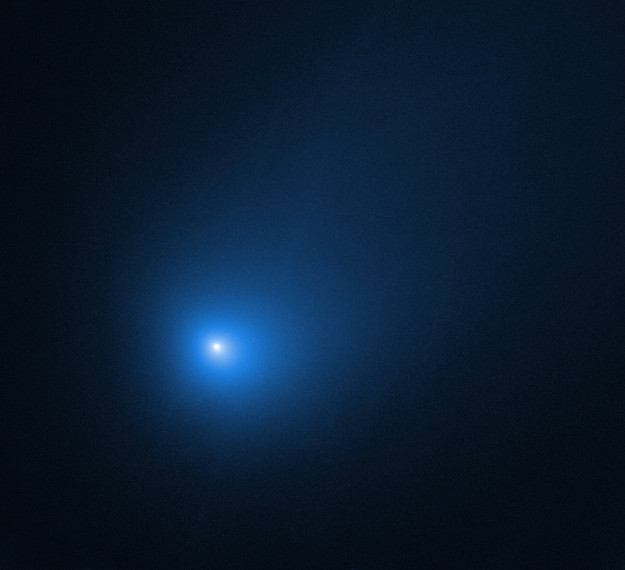 Comet 2I/Borisov is only the second interstellar object known to have passed through our Solar System.

In this observation, the NASA/ESA Hubble Space Telescope revisited the comet shortly after its closest approach to the Sun. There it was subjected to a greater degree of heating than it had ever experienced, after spending most of its life in the extreme cold of interstellar space. The comet is 298 million kilometres from Earth in this photo, near the inner edge of the asteroid belt. The nucleus, an agglomeration of ices and dust, is still too small to be resolved. The bright central portion is a coma made up of dust leaving the surface. The comet will make its closest approach to Earth in late December, when it will be at a distance of 290 million kilometres.