Artist's impression of aurorae on Ganymede

Artist's impression of aurorae on Ganymede 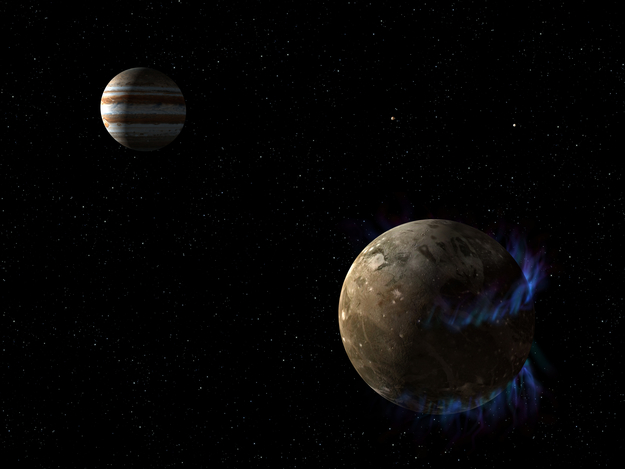 This is an artist's impression of the moon Ganymede as it orbits the giant planet Jupiter. The NASA/ESA Hubble Space Telescope has observed aurorae on the moon that are controlled by Ganymede's magnetic fields. Two auroral ovals can be seen over northern and southern mid-latitudes.

Hubble measured slight shifts in the auroral belts due to the influence of Jupiter's own immense magnetic field. This activity allows for a probe of the moon's interior. The presence of a saline ocean under the moon's icy crust would reduce the shifting of the ovals. Hubble measured just this, showing that such an ocean exists.

As on Earth, Ganymede's aurorae are produced by energetic charged particles causing gases to fluoresce.