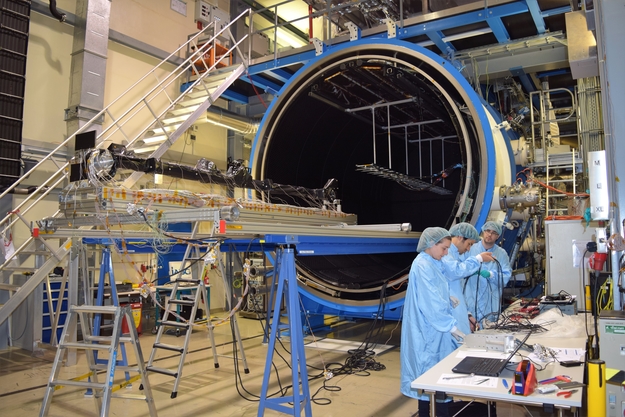 Engineers working on the MAG boom of ESA's JUICE mission, which will investigate the Jupiter system, during tests in the thermal vacuum test facility 3m – TVA at the IABG test centre in Ottobrunn, Germany.