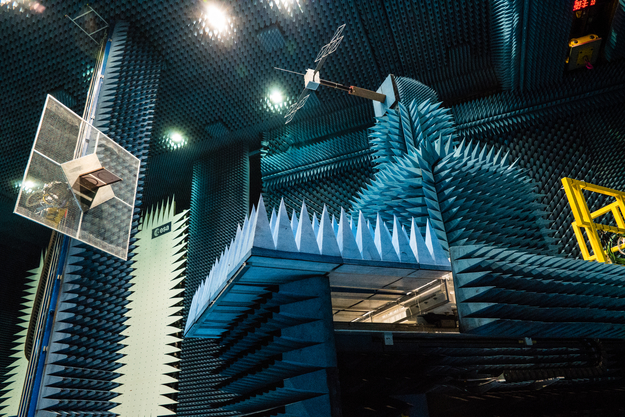 The signal received by the RIME antenna during the tests was emitting by a probe that was developed at ESTEC for this purpose, mounted on the square mesh visible on the left in this view.