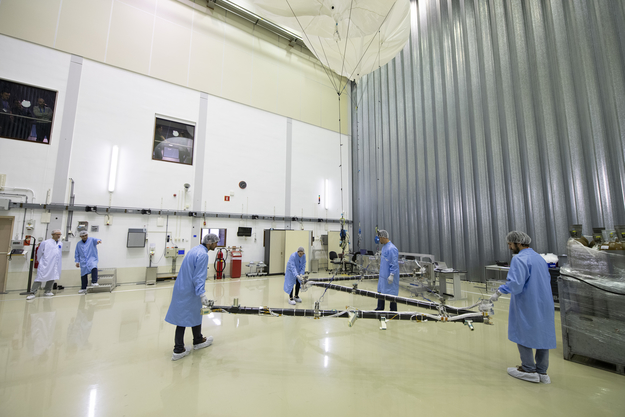 A test version of the 10.5-m long magnetometer boom built for ESA's mission to Jupiter, developed by SENER in Spain, seen being tested at ESA's Test Centre in the Netherlands, its weight borne by balloons.