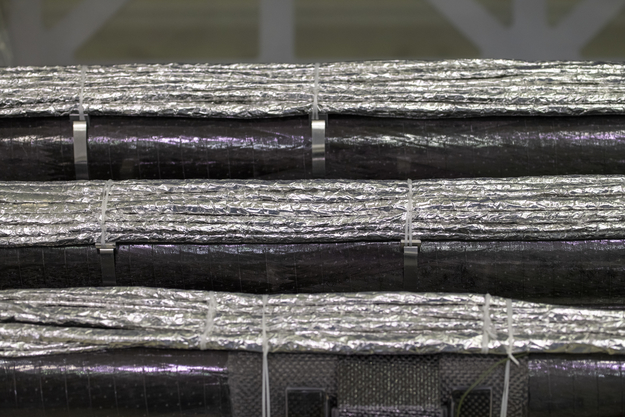 A test version of the 10.5-m long magnetometer boom built for ESA's mission to Jupiter, developed by SENER in Spain, seen up close and in folded position during testing at ESA's Test Centre in the Netherlands.

Assembling one of JUICE's solar wings