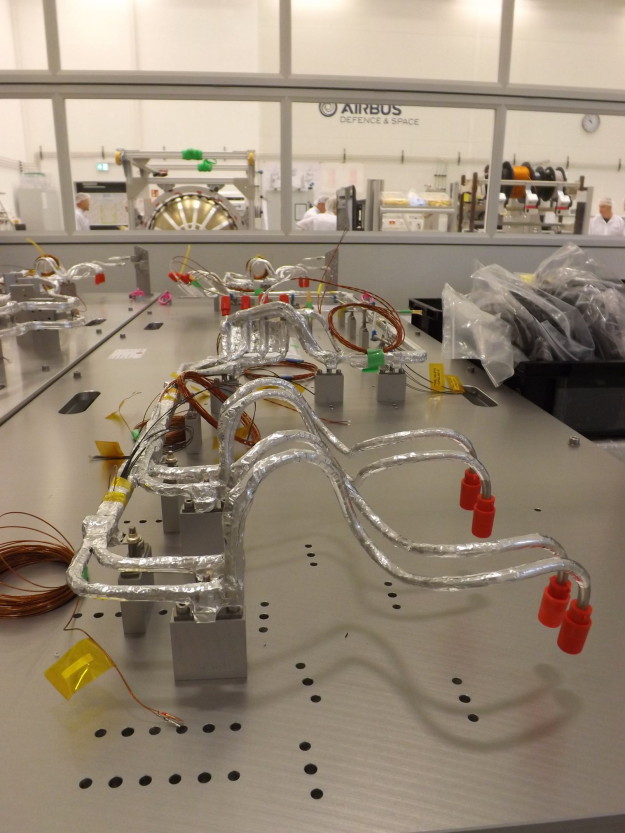 A section of the network of piping to distribute the propellant of the propulsion system for ESA's JUICE mission.

The delivery of the primary spacecraft structure, in September 2019, marked the beginning of the flight model assembly, with the integration of the propulsion system that will enable the mission to reach and study Jupiter and its moons.

The integration of the spacecraft's propulsion system will, however, involve much more than installing two propellant tanks. Eventually, three fairly small tanks, each filled with helium pressurant, will be affixed around the exterior of the central cylinder, together with all the necessary plumbing. Some 130 metres of titanium piping, such as the tubes shown in this image, will also have to be installed and welded in the STSS.