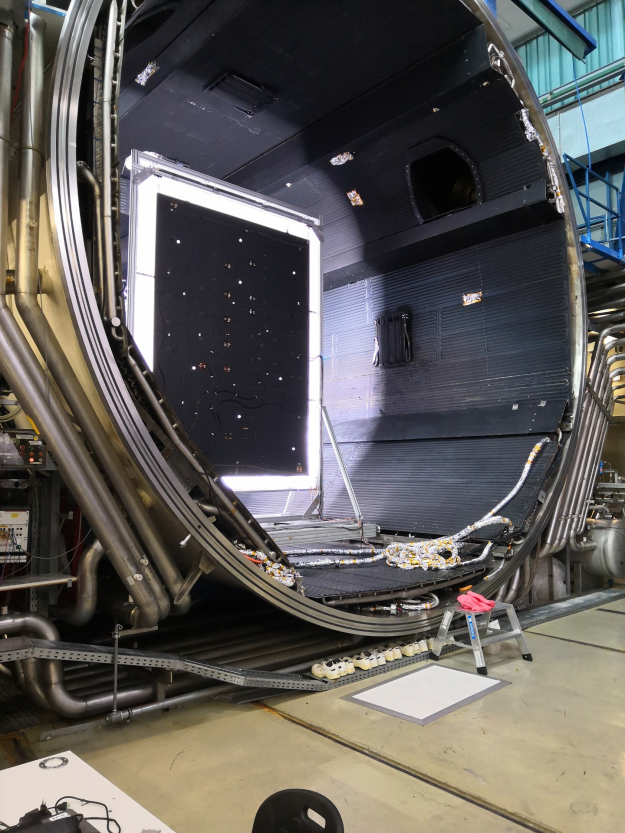 JUICE qualification model (QM) solar panel inside IABG's Space Simulation Test Chamber, in May 2019. The chamber was used to test the solar panel's performance at low temperatures (around -150 degrees Celsius) in a vacuum, while at the same time being illuminated with an intensity similar to the amount of sunlight at the distance of Jupiter.

A separate test, the thermal cycling test, was done at Centre Spatial de Liège (CSL) in Belgium, where the QM panel was exposed to the full range of temperatures (from -230 degrees Celsius to +110 degrees Celsius) that JUICE's solar array will encounter during its mission.

After the thermal cycling test, the QM panel was tested again in IABG's Space Simulation Test Chamber, to detect even minute performance degradations.