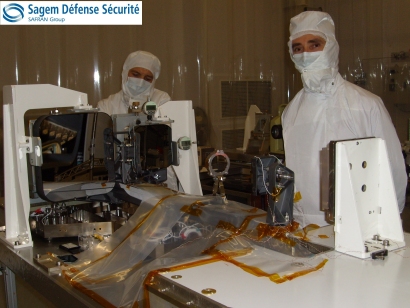 Set-up of NIRSpec's FORE optical system (three mirror anastigmat) during alignment campaign at the Sagem Défense Sécurité facilities. NIRSpec is a wide field, multi-object, near-infrared spectrometer and one of the four instruments that comprise the scientific payload for the James Webb Space Telescope.
View »
4-Jul-2022 02:13 UT