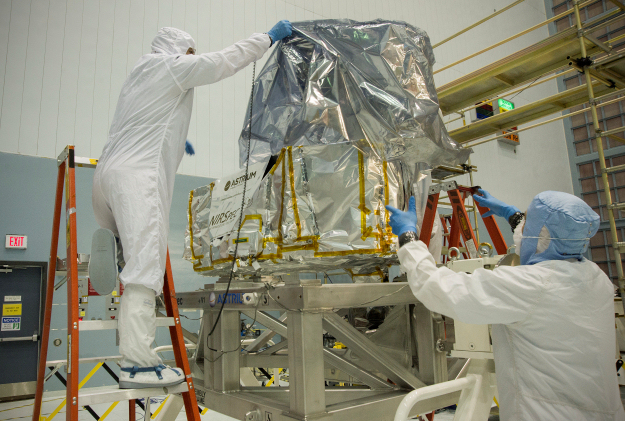 NIRSpec, (the Near InfraRed Spectrograph), pictured in the Space Systems Development and Integration Facility (SSDIF), shortly after arriving at NASA's Goddard Space Flight Center on 20 September 2013. A protective bag, in place during transport, is being removed.