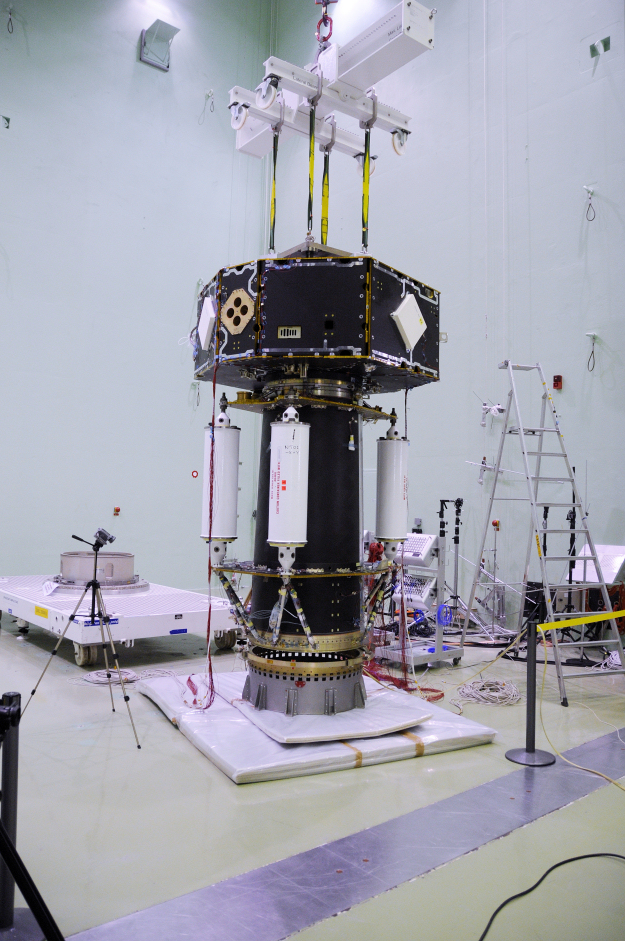 The LISA Pathfinder spacecraft composite (science module above, propulsion module below) is depicted in a clean room at ESTEC, The Netherlands, in October 2008. This photograph was taken after the launch vehicle adapter shock test. The adapter is seen resting on cushions having separated from the spacecraft composite (the science and propulsion modules).

Shocks but no surprises for LISA Pathfinder