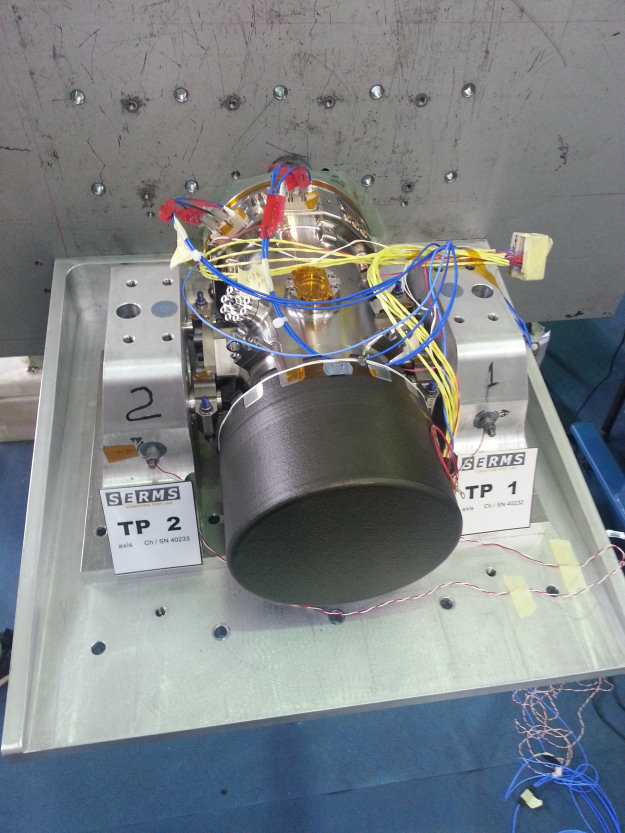 The ISH passed a series of mechanical tests demonstrating that it can retain its alignment during the launch of the spacecraft, when it is subjected to extreme acoustic and mechanical vibrations. In addition, the tests showed that the Caging and Venting Mechanism, and the Grabbing, Positioning and Release Mechanism in the ISH are able to re-grab and re-release the test mass if necessary. The picture shows the unconventional titanium vacuum enclosure.