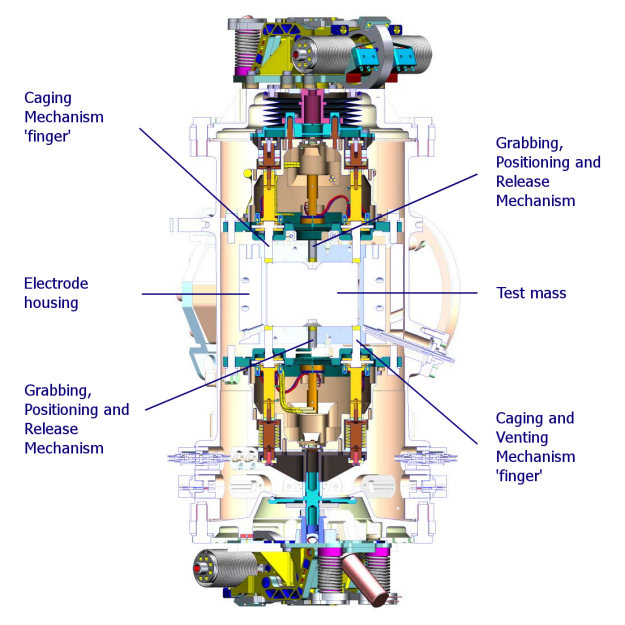 The LISA Pathfinder Inertial Sensor Head is designed to keep a cubic (46 mm × 46 mm × 46 mm) gold:platinum test mass, located at the centre, free from all external forces except gravity.

Feedback loops and micro-propulsion thrusters are used to keep the spacecraft centred around the test mass. A charge management system comprising fibre-coupled UV lamps will counteract the build up of electrostatic forces from cosmic rays and solar particles by discharging the test mass at regular intervals.