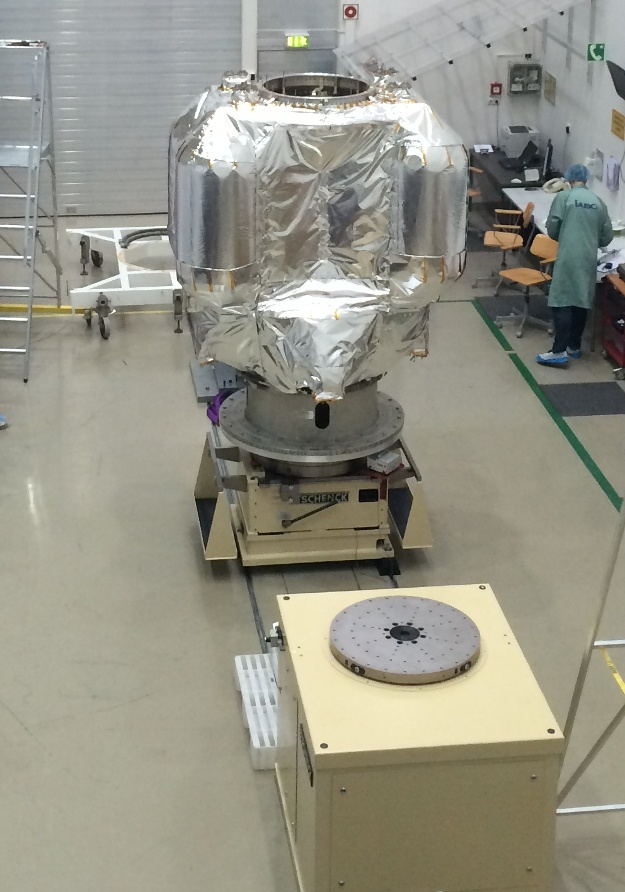 The LISA Pathfinder propulsion module pictured in a cleanroom at IABG, Ottobrunn, Germany, in April 2015. This picture was taken during the mass property measurements.

The mass properties of a spacecraft (total mass, centre of gravity, and moment of inertia about all three axes) are among the characteristics calculated during the design process. Since the correct control and guidance of the spacecraft depend on an accurate knowledge of these values, they are subsequently measured as part of the test campaign. For LISA Pathfinder, it is not only the total mass but also the distribution of mass that must be precisely measured, because the gravitational field that the spacecraft generates will influence the science experiment.