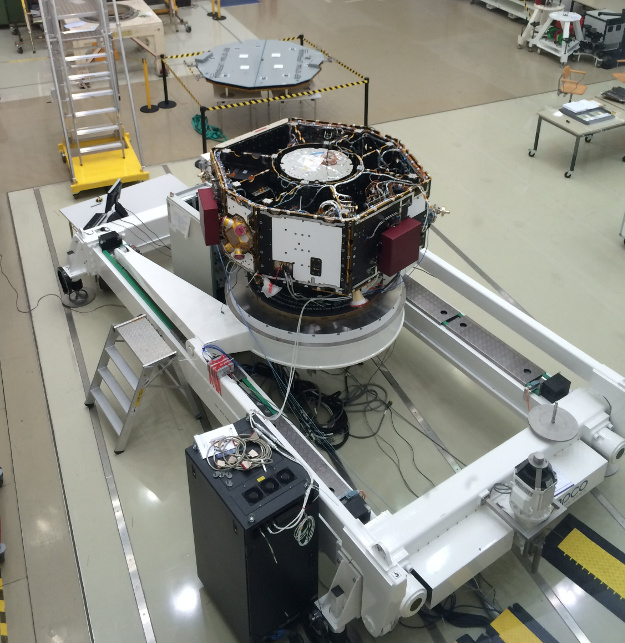 The LISA Pathfinder science module pictured in a cleanroom at IABG, Ottobrunn, Germany, in April 2015, during functional tests. This picture was taken during science performance tests on the science module. One of two (gold coloured) colloidal micro-Newton thrusters, part of the NASA provided Space Technology 7 mission, can be seen on the left side of the spacecraft.

The solar array has been removed during these tests and can be seen resting on a support structure in the background. A protective cover on the array prevents damage to the cells.