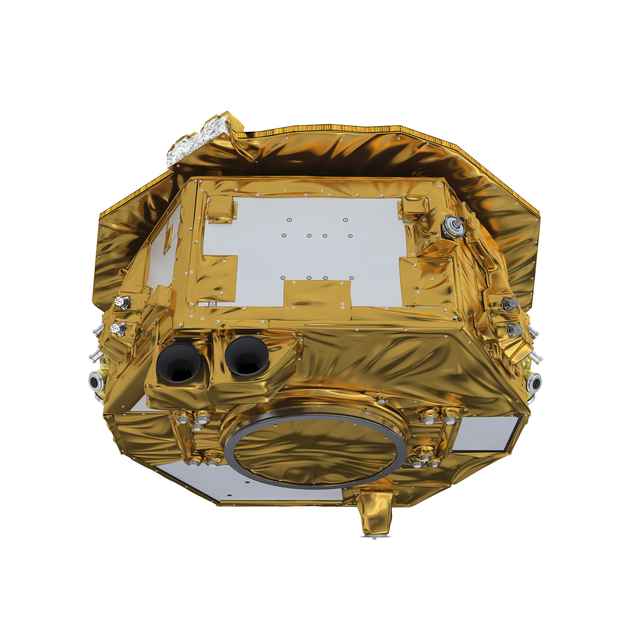 This artist's impression shows LISA Pathfinder's science module from below. The module houses vital scientific support equipment, as well as many of the key elements of LISA Pathfinder's payload — including its two test masses.

One of LISA Pathfinder's key goals is to demonstrate that it is possible to put two test masses in a nearly perfect free-fall motion. The spacecraft holds these two masses within vacuum chambers in the module’s central cylinder, housed at the core of the science module. These masses are identical solid cubes of metallic alloy (73% gold, 27% platinum), each weighing 1.96 kg. One of these masses is designated as the 'master' cube; the spacecraft will constantly ensure that it is centred on this cube to achieve the purest free-fall possible.

The outer panels of the science module carry several sets of micronewton thrusters, which continually apply miniscule amounts of force to move the spacecraft and keep it centred on the master test mass. They also carry star trackers (the two black structures below the front panel) to navigate through space and pinpoint star locations, and a medium-gain antenna (protruding from beneath the module). The circular band beneath the model is the adapter for the propulsion module.