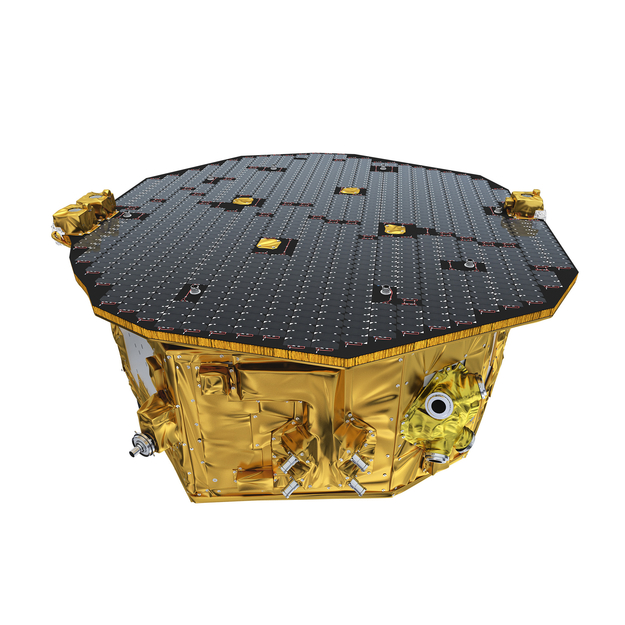 At the heart of the science module lies the LISA Technology Package. This package contains inertial sensors, an optical metrology system, the payload computer, and a diagnostic system. The inertial sensors and optical metrology system provide signals to the Drag-Free and Attitude Control System, which in turn commands three clusters of cold-gas micronewton thrusters, as well as feeding back to the inertial sensors. The small appendages seen on the outside of the module are micronewton thrusters, which continually apply miniscule amounts of force to move the spacecraft and keep it centred on the master test mass.

The four, silver-coloured micronewton thrusters visible at the centre of the module are part of three clusters of microthrusters provided by European industry, research institutes and ESA; these are cold-gas (nitrogen) thrusters, based on those originally developed for ESA's Gaia mission.

NASA has provided the Disturbance Reduction System, an experiment that contributes to the mission by validating additional technology for drag-free spacecraft. This system will receive measurements from the aforementioned inertial sensors, which it will use to make adjustments to the spacecraft’s position and attitude via two clusters of colloidal micronewton thrusters affixed to the outside of the science module. One of these set of microthrusters is visible on the right side of the module. As well as the thrusters, the module's outer panels carry star trackers to navigate through space and pinpoint star locations and a medium-gain antenna.

The solar array provides the spacecraft with solar power and shields it from the Sun.