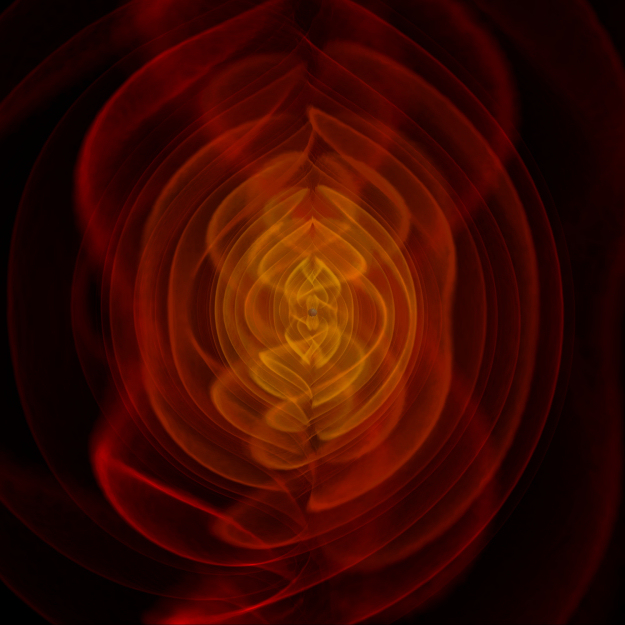 This image, extracted from a numerical simulation, depicts the gravitational waves that are released when two supermassive black holes merge.